Contamination OCD During a Pandemic 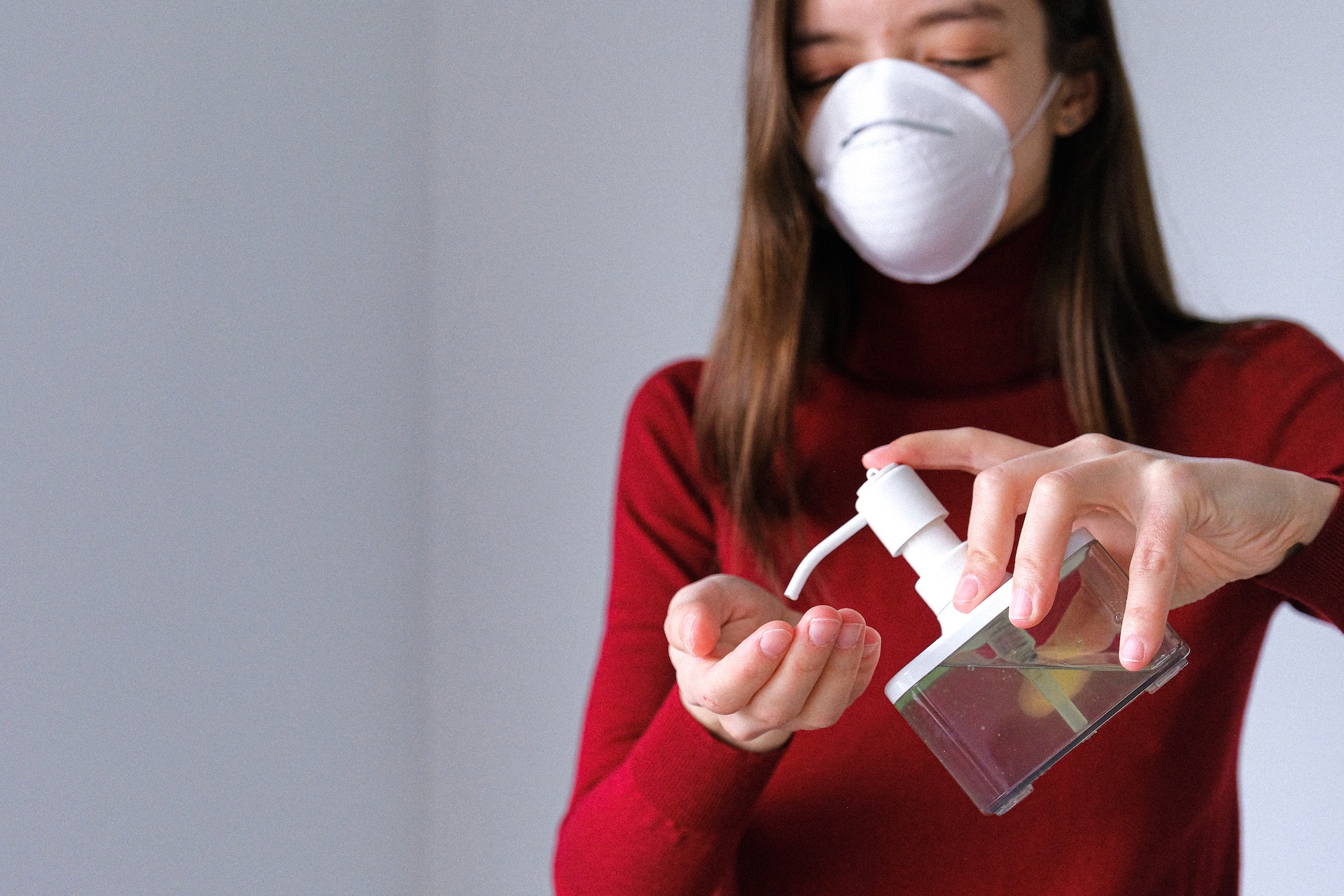 This article was co-authored by therapist and client. Client portion is in italics.

I had been treating a client with C-OCD for about 12 weeks when pandemic isolation began. It struck me that the pandemic offers a rare (thankfully) opportunity to learn SOMETHING about OCD. I am not sure what we might learn, and I only have a single client to observe. Here are my observations. The client’s comments are in italics.

C-OCD is an anxiety disorder that is typified by intrusive, obsessive thoughts of fear or disgust of contamination from substances or other persons. The obsessions cause physical and mental anxiety, which is countered by compulsive responses that give short-term relief. The almost universally prescribed treatment is Exposure and Response Prevent (ERP). “Talk therapy” is counter-indicated and even cognitive restructuring is often discouraged, as it might lead to ritualistic mental compulsions. I included mindfulness exercises, initially for calming, but then as a component of every exposure. Be aware of the anxiety, be aware of the anxiety subsiding, be mindful that nothing bad occurred.

The thought of any type of exposure therapy caused me an extreme amount of discomfort. Often even speaking of an exposure or exposures to follow would cause mental and physical anxiety. The immediate response of the OCD is to avoid these situations at all cost. I had to enter each session with an immense desire for results and a trust that my therapist would not push me beyond a manageable state.

This client responded well to in-office and in vivo ERP. Over the pre-pandemic period, his anxiety levels fell about 30% across various categories of obsession. As prescribed, we started with obsessions that generated mild and moderate anxiety. He was not exposed to substances at the high end of his anxiety scale.

I was curious that the client exhibited a reasonable level of concern for avoiding Covid infection the last two times we met at my office. Actually, he was less concerned than me. About the same time I stopped seeing clients directly, he was laid off and he isolated in his apartment with his partner. His isolation created an opportunity to reduce his obsessions to everything in his living space. He is not going out. No contagion is coming in. Let’s systematically expose him to every household contagion and see if we can normalize life within his living space.

I gave him a daily regime of three exposures, beginning with milder obsessions. Anxiety levels usually decreased significantly after three days and I added new exposures, climbing the ladder of anxiety level. This client is able to “get through” anxiety without immediate compulsive response, because he has an end of day cleansing response, a ritualistic shower. After two weeks, I asked him to not shower that evening. Almost every C-OCD client has a clean space. His is his bed. The thought of going to bed without a shower caused him high anxiety. Surprisingly, after just one exposure, his anxiety began to fade and soon he enjoyed the freedom of being able to sit on his bed whenever he liked. I varied the time of day and how frequently he could shower, so he could not time his shower as a response to exposures. Sometimes he would shower before he did his daily exposures and not shower again for two days.

The pandemic gave us an opportunity to work with OCD in an extremely controlled environment. Many of my obsessions stemmed from the fear of contaminating my “clean space” which for me was my home, more specifically my bed. We increased the frequency of the exposures and also the number of sessions per week, I believe this was fundamental in the speed of which I was able to notice results. I exposed myself every day to multiple “contaminants” and had the ability to report my struggles and successes almost immediately, with the opportunity to adjust if needed. With the increase in frequency of both the exposures and sessions, I had no choice but to allow the ERP to work. We also identified and modified my largest ritual, which was my shower. I believe this was extremely important as my behaviour heavily revolved around this ritual.

It was all going so well that I did not want to risk “mudding the waters” by exposing him to the outside, pandemic world. Nor did I want him to build obsessions by not going outside. His view of the risks and appropriate precautions was quite reasonable. His challenge was to distinguish between rational and obsessive measures. To draw that line, we agreed to use the guidelines given by BC Health. The client was concerned that anything beyond them could trigger a slippery slope of obsessions. He did not hesitate when I asked him to go outside (I struggled with the ethical implications of asking a client to expose himself to a real threat.) Walks led to trips to the grocery store.

There are a few things I find interesting about this behaviour. An individual with an obsession to substance and health contaminants had little difficulty responding rationally to a real threat. Can the client learn something from the contrast in behaviours? Will this rational thinking and behaviour rewire his brain, much like most CBT interventions intend?

When the pandemic first began, I was aware that if I did not approach it in a rational way my brain could quickly turn it into an obsession. I knew I could not let this take place as my fear would change from the irrational objects and scenarios that I had the ability to manipulate to the entire world outside of my apartment. I am completely aware that the fear I have of my specific “contaminants” and my responses to them are irrational and that my brain does not respond correctly to them. When presented with a rational threat, I had to not only protect myself from the virus but also respond to it in a rational way or risk a relapse of my OCD tendencies. I took the guidelines supplied to me by the government and followed them to the best of my ability, just as I had done with the ERP. I believe for the ERP therapy to work it is important that a client have trust in their therapist; That they are responding to threats in a rational way and that the therapist will not expose them to anything that will be detrimental to their health.

For the client, it is now “welcome to my world.” Everyone is living in a world of contagion, labelling things clean or dirty, safe or dangerous, and behaving accordingly. We are treating others as if they are infectious. I question my own rational-obsessive dividing line? Living in his world has helped me to understand the OCD condition. It is easier in some ways for him to be out because he does not have to be as watchful. People are avoiding him. Surfaces are being washed regularly.

And so, we continue titrating up the household exposures. His symptoms are about 70% remitted after nearly two months of household exposures and response prevention. We are tackling high-anxiety obsessions. We have partially de-ritualized his shower, so it is more for normal hygiene and less about removing contagion. The client often says he feels confused, uncertain about “what is happening to my brain,” as rationality fills spaces that were irrational and long held beliefs are exposed as false. The pandemic gave us a laboratory to stage ERP and insight into what the condition feels like.

As I slowly watch my obsessions and compulsions dissolve, I feel a sense of confusion. Things that caused a large amount of anxiety in the past simply fail to register in my brain as a threat. Through ERP, mindfulness, a strong desire to succeed, and a dedicated therapist, I have been able to evolve my behaviour into something that closely resembles normal behaviour for the first time in my life. The pandemic has presented me with an opportunity to not only work on my OCD (through ERP) on a daily basis but has also shown me how to approach an actual threat rationally. I now, in the oddest of ways, look forward to my exposures and I have established a trust in myself, and in rational thinking and behaviour that were once not present in my life.

I welcome responses, especially from therapists with OCD clients. 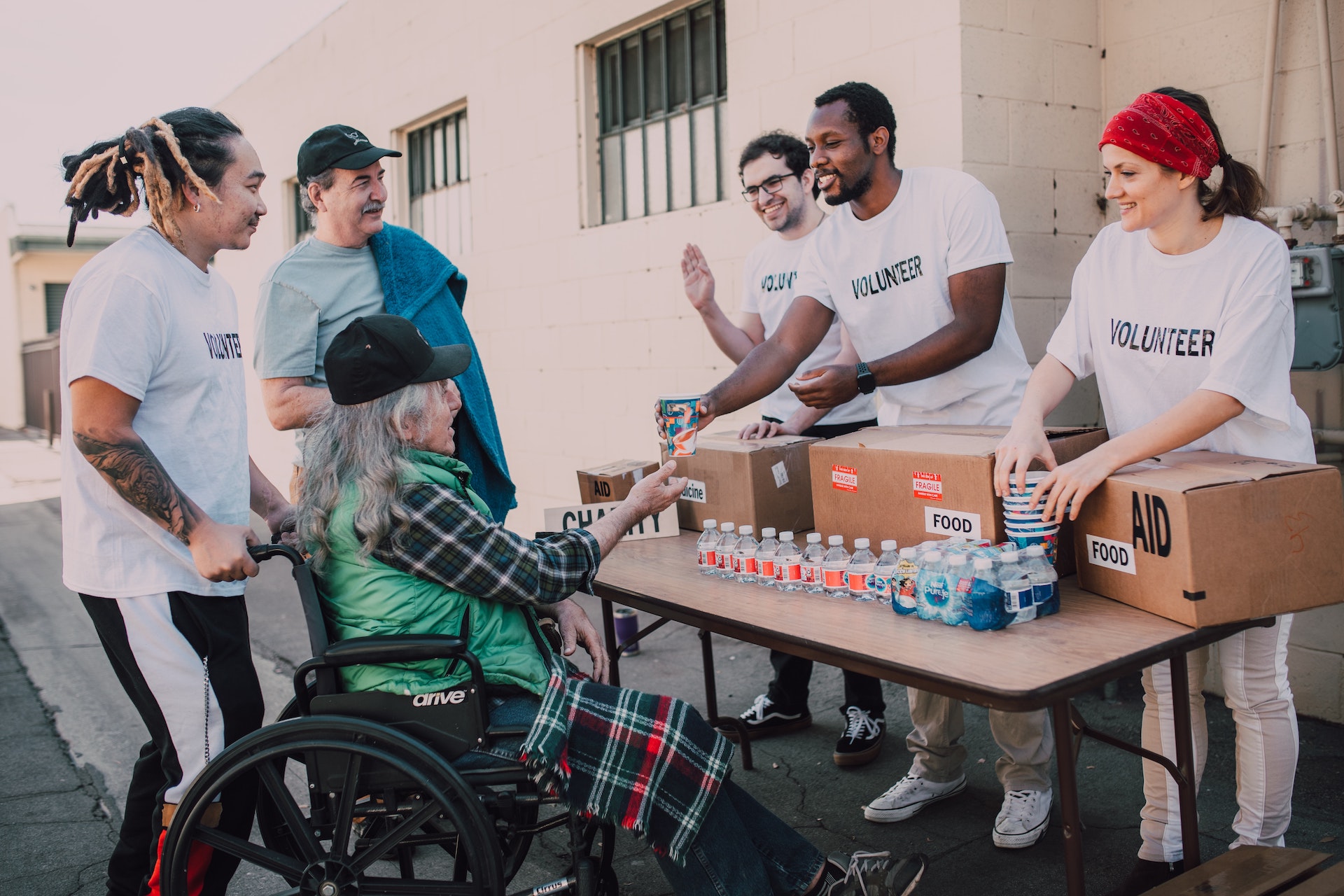 A Simpler Kind of Holiday 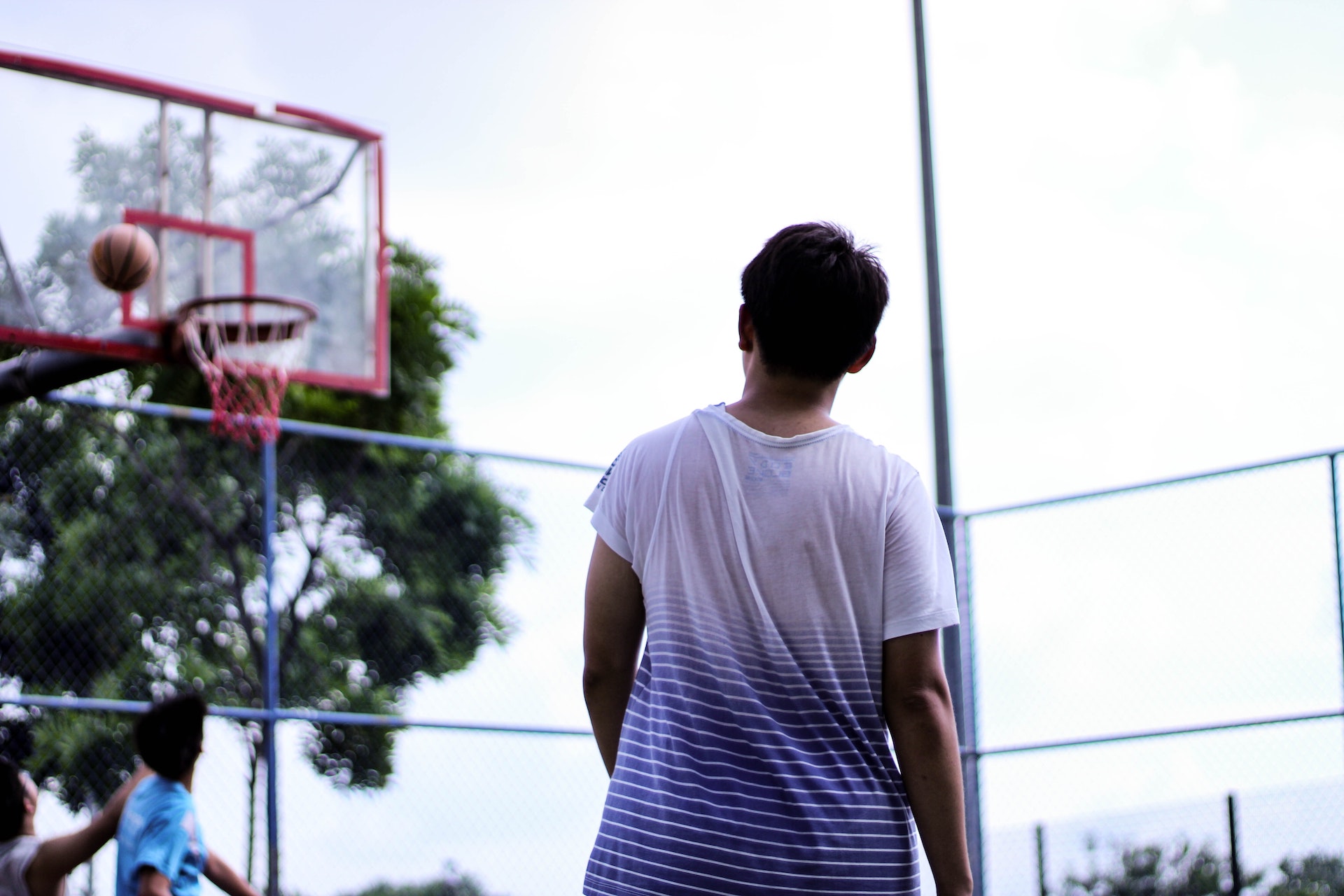 Sports as a Way to Cope 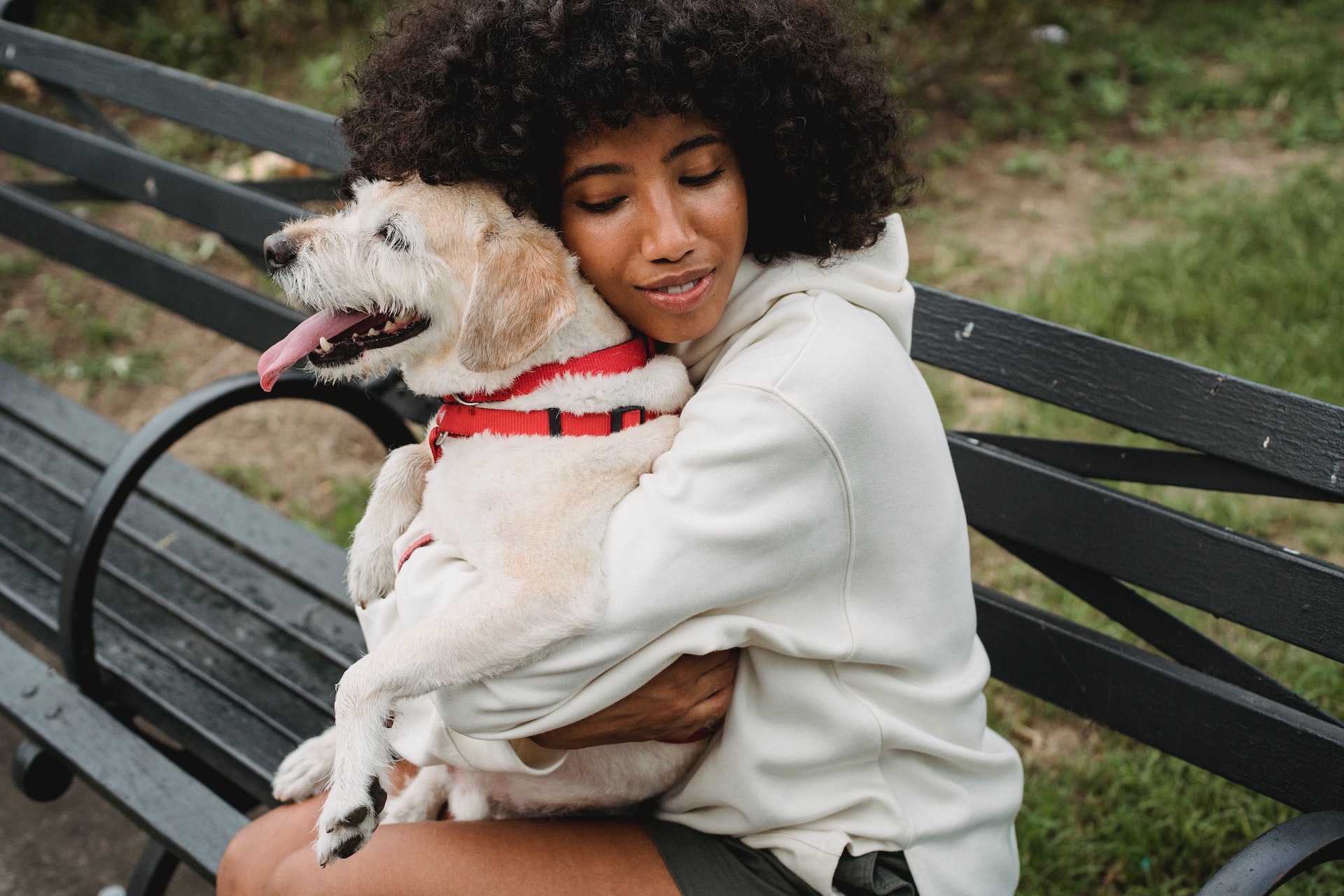